Keller, Inc. celebrated its 2nd Annual Police Dedication at its corporate headquarters in Kaukauna on Friday, October 14th with a tribute to police officers.

President Wayne Stellmacher noted that Keller wanted to change some of the feelings of disrespect to police officers that has been happening nationwide. What better way to do this than involve the community and local agencies at the ceremony. Keller presented the attending agencies of Outagamie County, Brown County, Calumet County, City of Appleton and City of Kaukauna with a check of $2,500 each to use as they see fit.

Keller was honored to have a very special guest in attendance, City of Appleton police officer, Stephanie Wiener. Office Wiener was involved in an incident last May in which she is still recovering. On that day around midnight, she made contact with a man on the street who attacked and disarmed her before shooting her with her own gun. He then took his own life. That was the first time she had to fight for her life like that, Wiener said. She was shot in the hip and Andrew Maltbey, who stopped to help her, was shot in the upper chest. Maltbey has healed and her hip is still recovering. “I cannot recall a moment in which I felt anger or any bitter feelings toward the man that caused me many physical and mental setbacks,” she said. “However, I can recall all the times I felt sorry for him and prayed for his soul. I still cared for his well being and wished I could have helped connect him with the correct resources, where he would find peace and no longer hurt others.”

Below are some photos from the event! 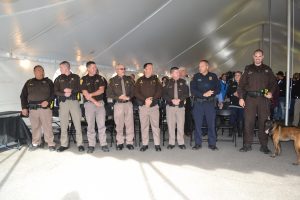 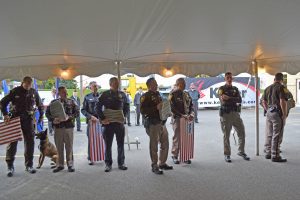 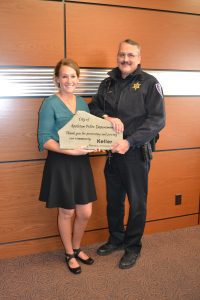 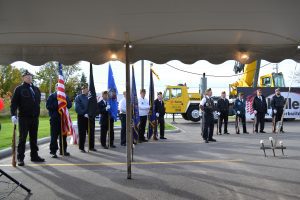 THE ESOP ADVANTAGE
Keller is 100% employee-owned. That means that every employee that works on your project is an owner of the company, from your Project Manager and Architect to your Estimator and Foreman, you are always working with an owner. That means your questions are answered faster, your job site is kept cleaner, and your work is completed with more pride when you work with Keller.